It Is All One Water 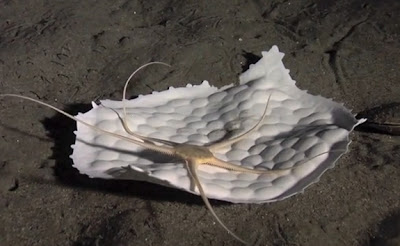 This short film by New Zealand artist and writer  Claire Beynon has been accepted into the Possible Futures Film Contest, an international competition challenging storytellers of the world to create a new vision for the future of humanity. The aim of the films and the contest is to redefine our relationships to human justice, environmental sustainability, peace, and individual fulfillment.

Using footage shot at Explorer's Cove, Antarctica and around Dunedin, on New Zealand's South Island, It Is All One Water reflects the director's long-running response to the ocean as a symbol for the elemental interdependence of life. This new film is a mysterious and beautiful addition to that work. The director twice collaborated on ArtScience projects in Antarctica with biologist Sam Bowser, and the footage here reflects ideas she explored there, introducing artist-made objects into the polar environment. The results are often spellbinding, as the objects — a small boat and a leaf-like porcelain sculpture — seem at once to surrender to the sea and dialogue with it. This is a potent metaphor for an alternative relationship to the one we've been having with the world's oceans, the BP oil disaster and on-going radiation contamination by the Fukushima nuclear plant being just two recent examples. The film's soundtrack combines original music by South African composer Chris Tokalon and narration by CB of a poem composed by herself with contributions from five poets in the US and NZ. This spirit of collaboration is integral to the film's meaning.

I am just back from Werner Herzog's extraordinary Cave of Forgotten Dreams, his exploration, visually and philosophically, of the Chauvet cave in southern France. There, in 1994, a collection of prehistoric art was discovered by three explorers who found a small opening in a cliff and soon were face-to-face with an almost unfathomable array of paintings. The French government immediately closed access to the cave to all but a select group of scientists and historians. Herzog's film, presented in vivid 3-D, is the closest any of us is likely to get to the art. 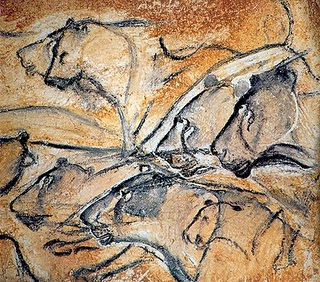 The paintings in Chauvet are more than 30,000 years old, making them nearly twice as old as those in Lascaux or Altamira, Europe's other great caches of Paleolithic art. They were made by our Cro-Magnon ancestors, literally at the dawn of Homo sapiens. When the paintings were created, Neanderthal man was not yet extinct.

The implications of this are profound, suggesting there is no gap between the emergence of modern man and the appearance of artistic expression. Art is intrinsic to our being. Imagination shaped our identity. 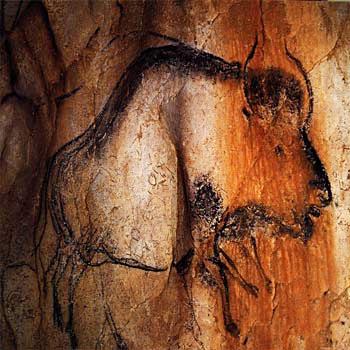 Perhaps the most extraordinary aspect of the paintings is their realism. The creatures in Chauvet are rendered with a remarkable level of detail and precision that Herzog's 3-D cameras richly reveal. The Chauvet artists expressed volume and mass with a highly sophisticated sense of modeling and chiaroscuro. There is a precise balance to the animals, even a kind of poise, and a sense of movement suggested through posture and the repetition of limbs or horns, almost a proto-animation. By far the most moving element of the paintings are the animal's eyes, which, through careful rendering of shape and size and gradation of light, seem filled with life, and an awareness that occasionally borders on pathos. 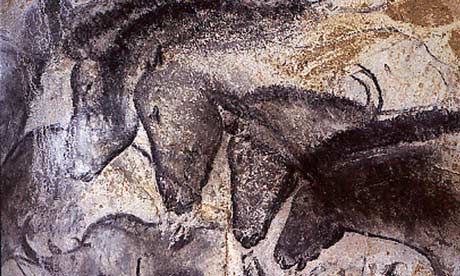 Throughout the picture Herzog describes the images as paintings, but I kept regarding them also as drawings, which raised an interesting thought. In the Renaissance there was a philosophical distinction between painting and drawing; painting being the expression of immediate, fleeting perception, drawing the contemplation of essence. Drawing was more than the definition of form; it was a revelation of underlying principles. There are moments in Chauvet when the same insight seems to be at work. Far from merely recording reality, these cave artists seem to probe it, and have already begun interrogating the meaning of life. 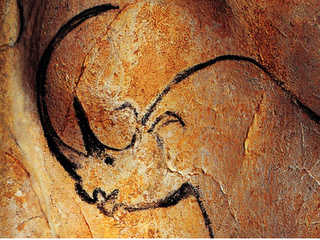 That this appears to be true, that from our earliest days art has been a way we created meaning, is suggested in the cave's most provocative image, dubbed by archeologists the Minotaur. The picture, drawn on a suspended pendant of rock, depicts a bison embracing a female figure. The naked woman, the only human depiction throughout the massive cave, evokes paleolithic carvings of Venuses, those primal effigies of sexuality, fertility, creation. The Chauvet Venus is represented only by her pubic triangle and legs, slightly spread. The bison appears to enfold her in an attitude of tenderness, contemplation, and what can only be described as wonder. Gazing at this picture is like being present at the birth of myth, the emergence of the collective unconscious. 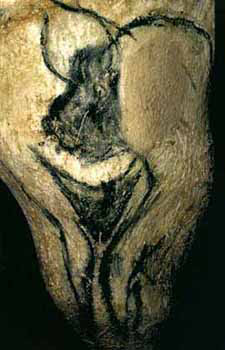 This is the miracle revealed in Cave of Forgotten Dreams. Along with an astounding treasury of human ingenuity, Herzog's film presents us with the earliest expressions of our soul. 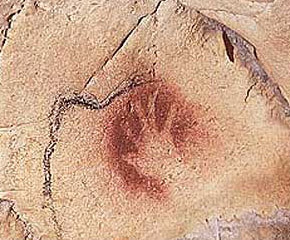 A Candle for Christchurch

On February 21, a disastrous earthquake struck Christchurch, New Zealand, the country's second largest city. More than 180 people perished, great swaths of the city were damaged, thousands of people were uprooted, and much of the central business district was destroyed and is in the process of being demolished. The quake attracted the world's attention for three weeks, until Japan was devastated by an even more severe earthquake, tsunami, and ongoing nuclear disaster. 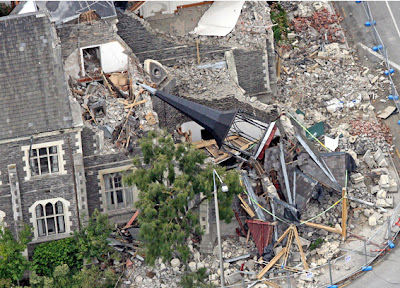 Since then, there has been almost no news about Christchurch in the US, leaving the impression that it's all over there but the clean-up. In fact, the city has been beset by an almost continual pattern of aftershocks, temblors, and convulsions these past four months. In some parts of the city water and electric service remain fragile. Residents have proved amazingly resilient, but the emotional toll of living under such conditions must be beyond imaging.  On June 13, the city was rocked by two more quakes, one equal in magnitude to the February event. 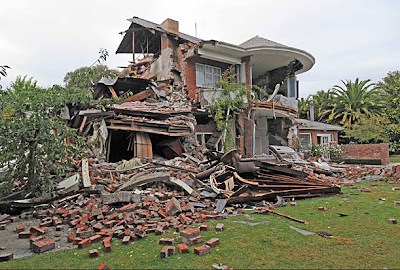 Three days ago, on 21 June, Christchurch residents were settling into their longest night, the winter solstice, when still another earthquake hit, once more knocking out power to a population with frayed nerves and strained resources. 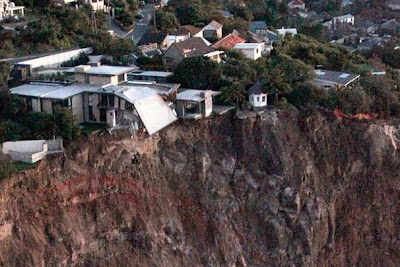 The human story always lies beyond the headlines, in the day-to-day struggle to survive, endure, build, and rebuild. Remember the people of Christchurch, that their nightmare will soon come to an end. If you pray, include them in your prayers. If you light candles, touch a flame to a wick. If you drink, raise a glass to better days. No action is lost to the universe.