It is with pleasure I can report that Battlesight is on two end-of-year "Best-of" lists.

David Brickman, in his blog Get Visual, named our exhibit in his Best Shows of 2010:

Battlesight: Dispatches from Iraq and Afghanistan by International Photographers stood out as a hard-hitting, carefully planned combination of three photojournalists’ personal visions of war (oddly enough, it’s the only show of photographs that made this list).


And via Nippertown!, The Daily Gazette's Karen Bjornland included Battlesight in her recap, What We Loved This Year: Visual Arts.


Thank you, David and Karen (and friends at Nippertown!).


And thank you to all who helped me and the Center for Documentary Arts during our first year of operation. I am grateful to you one and all. And so we look toward 2011. . .

As we observe this Mass of Christ, I find myself reflecting on Jesus-as-philosopher at least as deeply as Jesus-as-redeemer. At this time of year in particular, no author captures the essence of Jesus's teachings quite like Charles Dickens. Dickens was a poet of radical compassion, and this speech from A Christmas Carol, spoken to Scrooge by his nephew Fred, is one of the most succinct expressions of Jesus-mind I know.

Warmest wishes of the holiday to all.

I was on Joe Donahue's radio program "The Roundtable" yesterday to talk about Battlesight. The station reaches seven states and I'm grateful to Joe and WAMC for the opportunity to speak about the exhibit and photographers before such a wide audience. Here's the link to listen.

Today is Pearl Harbor Day, which when I was a boy was a somber day of remembrance and reflection for people of my parents' and grandparents' generations. Today, the attack on the US Naval base by Japan in 1941 is less reverently observed, as those who were alive that day more and more pass from our sight.  As the paradigm of a Day of Infamy, Pearl Harbor has, of course, been replaced in contemporary America by the terrible events of September 11, 2001. That day, which we watched unfold together on television, will remain vivid in our collective memory until our grandchildren are old.

As I wrote that last sentence, a black image passed through my mind, of some future event even more horrific than 9/11 searing a new standard of horror on our psyches. It's dreadful to conjure, but how can anyone who's paying attention completely avoid it? As much as we live lives of courage and confidence, it is difficult not to harbor some fear for our future, some dread that America will yet again be the site of a monstrous attack. In this regard, December 7, 1941, was the beginning of an epoch in our national history of the omnipresent enemy, the evil Other bent on destruction. Hitler, Hirohito, Stalin, Khrushchev, Ho Chi Minh, Brezhnev, Khomeini, Noriega, Saddam Hussein, Bin Laden, Ahmadinejad, Kim Jong-il -- an unbroken chain of adversaries, some erupting on their own, others cultivated by our government inadvertently or deliberately to fulfill the requirements of a military-industrial economy. 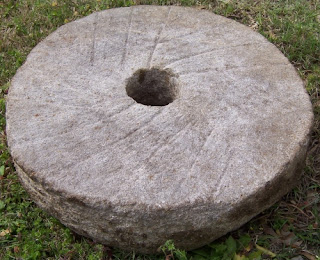 It's a staggering thought, that this country has spent the whole of my half-century and more pursuing enemies. When I was in my twenties, a wave of articles and movies appeared detailing the consequences of nuclear war, and a threat that had been in the background through my childhood took on new urgency. I am too young to have experienced "duck and cover" drills or known anyone with a bomb shelter in their back yard, though I do remember the yellow Civil Defense signs in the steampipe-lined catacombs of my elementary school which led to a storeroom of mattresses and slowly rusting cans of food.  The Bomb was a vague threat in my consciousness during the 1960s and '70s, when Vietnam, street protests, and Watergate were much more immediate. In the 1980s, though, when we all learned the term Nuclear Winter, the feeling that civilization was provisional struck me deep. I remember a conversation I had at the time with an old New Englander about a great granite millstone we were admiring at a farm museum. "A thing like that'll last forevah," the man said in his Yankee inflection. "Or until the bombs fall," I thought to myself, shuddering at the notion we'd created a world where such a possibility existed.

My fear then was the product of a twisted manufacture, just as our fear of terrorist attack is today. That manufacture is a complex system of technology, ideology, economics, and propaganda. It is impossible for Joe Citizen to know how much of the threat is real and how much a construct. I swing wildly sometimes, from "recognizing" how dangerous the world is to suspecting the whole thing is a put-up job, created, as Lucy says in A Charlie Brown Christmas, "by a big Eastern syndicate." What I do know is that we will remain at the mercy of tooth and claw as long as we continue to choose conflict over cooperation. The way to enter a new epoch of peace is to be exemplars of justice and compassion. The question is, has nearly seventy years of being on the defensive changed our national personality in ways that prevent us from doing so?
at December 07, 2010 5 comments:

A friend recently sent me this fine posting about Battlesight from the blog of the Troy Record's arts editor.  How eloquently Bob relates his experience of viewing the exhibit:


There is an eerie beauty about the photographs individually and collectively. While I found myself being hypnotized by certain images - especially the 2007 photograph by Balazs Gardi which shows an Afghan man holding a wounded child - when I stood in the middle of the gallery and slowly turned 360-degrees I became immersed in the whole to the degree it felt like an out-of-body experience. The circle transported me not to Iraq or Afghanistan but to a surreal world where pain, fear and suffering was the norm. This place is called war.


The rest of the post is here.  (Scroll down the right sidebar there to the list of past postings.)


Battlesight is on exhibit through December 19 at the Arts Center of the Capital Region in Troy.